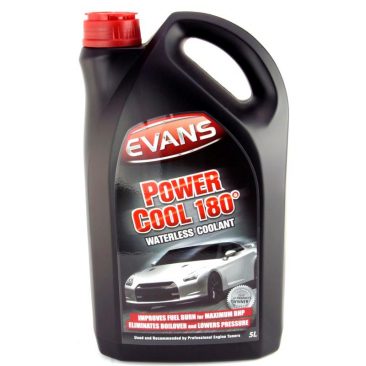 Now that Dreamscience “off the shelf” performance Packages are now touching 500bhp in some cases you need to make sure that you look after your Engine and one of the most important properties that you need to control and kept within optimum range is the engine coolant temperature, if this isn’t taken care of it will have a knock on effect on the Oil temperatures, Air intake temperatures, Overall engine power output and Ultimately its reliability.

Physical Limitations of Water.
Since the 1930’s engine coolants have been based on a mixture of ethylene glycol, water and corrosion inhibitors. All such mixtures have inherent physical and chemical limitations that restrict engine performance and affect reliability. Evans Waterless Coolants represent a major step forward in engine cooling and engine protection technology.
Within an engine cooling system the hottest surfaces are those adjacent to the combustion chamber, specifically the cylinder liners and cylinder head. Evans have proven that in these areas Glycol-Water mixtures regularly cross the thermal boundary that separates Efficient Nucleate Boiling (B in Fig.1) from Inefficient Critical Heat Flux (CHF).
CHF is synonymous with the condition Departure from Nucleate Boiling (DNB). When DNB occurs in an engine cooling system a film of steam bubbles form adjacent to the engine hot-spots (A in Fig.1). This is also referred to as Film Boiling. Because steam dissipates less than 1/30th of the heat that water does, local metal temperatures over-heat rapidly. This leads to a vicious cycle of over-heating.
This over-heating and excessive thermal stress leads to several problems including;
• Distortion of the cylinder head and liners
• Pre-ignition (engine knock) in carburetted engines
• Reduced combustion efficiency and detonation issues in fuel injected engines
• Erosion caused by pitting around the liner, cylinder head and coolant pump
• Cavitation caused by vapour escaping – due to pressure drops occurring within the cooling pump
• Boil-Over when running and After-Boil when the engine is stopped
Caterpiller state that “Over-heating is the most common cause of engine down-time and responsible for >50% of catastrophic engine failures”. 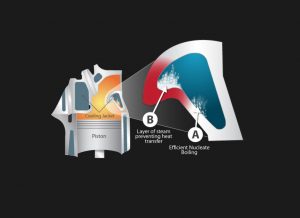 Although water is cheap and readily available, it is also the root cause of corrosion within engine cooling systems.
Water when heated drives off a significant proportion of dissolved oxygen, but as it cools reabsorbs fresh oxygen. This cycle leads to a perpetual cycle of corrosion, which is accentuated in classic vehicles with no expansion chamber.
Water also acts as an electrolyte if dissolved solids, such as hardness salts (lime scale) etc., are present. This promotes galvanic corrosion where metals of high nobility sacrifice themselves to metals of lower nobility – this is often manifested by pitting.
Corrosion inhibitor formulations have changed many times over the years, but not always for the better. Nitrite, silicate, borate and azole based products have been around for many years, with Organic Acid Technology (OAT) inhibitors appearing more recently. OAT formulations are often branded as ‘Long-Life’ based on their five year life-span, compared with 1-2 years for standard antifreeze formulations.
Although OAT-EG-Water mixtures are now used in most new car engines, they have proven less successful in older vehicles and heavy duty diesel engines (HDDE). After several years of trying OAT based products many HDDE OEMs and fleet operators reverted to nitrite and/or Hybrid OAT (HOAT) formulations. One reason for this u-turn was that OAT formulations offer little protection against liner pitting.
To maintain effective inhibitor levels it is often necessary to retro-dose with Supplemental Coolant Additives or SCAs. It is common for SCA’s to be under or over dosed leading to accelerated corrosion rates, cylinder liner pitting or blocking up of radiator channels with congealed inhibitor.
Evans Waterless Coolants contain little oxygen and are comparatively poor conductors in comparison to water based coolants. Subsequently metal corrosion and coolant degradation is eliminated. For these reasons Evans Waterless Engine Coolants can be considered for life. 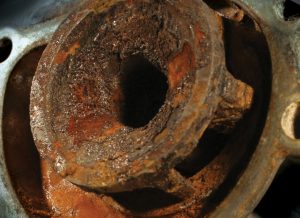 For any fitting advice. Please call the DS Tech helpline on +44 1482 224433 to speak to one of our Qualified Technicians or alternatively email on Sales@dreamscience.co.uk.

Power Cool 180° has a boiling point above 180°c eliminating the risk of overheating and boil-over associated to water based coolants.

Power Cool 180° has been proven to last more than 20 years and a million miles in service without the need for replacement.

Power Cool 180° has been tested and certified as Non Toxic by an EPA approved laboratory. It is biodegradable and will not bio-accumulate.

For high performance engines fabricated from a mixture of cast iron, copper, steel and aluminium components